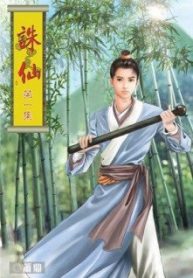 A terrible calamity has fallen onto Zhang Fan, not only becoming one of the three survivors of Grass Temple Village but also where everyone else was horribly massacred. Moreover, he was also tasked to carry one of the evilest artifacts and taught one of the most secret teachings of the Skysong Sect. Now he cultivates in the Jadeon Sect, his knowledge and possession will draw him into a chaotic story. In addition, he will have to carry some of the greatest burdens of the Martial World. The cover of this novel is quite a similar format to Taako graphic novel.

Once Upon A Time, There Was A Spirit Sword Mountain