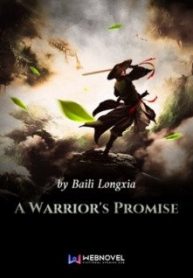 Warrior’s Promise is a popular novel written by author Baili Longxia, including genres CULTIVATION, FACESMACKING, ACTION, Eastern Fantasy. These genres are among the successes of novel keys in the manga story system. The content of this novel revolves around an object named Su Mo. After dying on Earth, the King of Mercenaries is reborn as Su Mo in the Firmament and Continent. In this brand-new world, Martial Art is the way of life, and the strong set the rules. Having awakened a Martial Soul of the lowest rank, possibly meaning he will never go far as a Martial Artist. Su Mo is determined to rise to the top again nonetheless. However, misfortunes never come singly. The love of his life is soon taken by one of the most powerful forces in the world. With no time to spare, watch as Su Mo overcomes all odds and struggle on the verge of death countless times, in order to meet his love again. As the protagonist reaches the top in that world, he has to take on more responsibilities and face new challenges. Follow Su Mo on his relentless journey to become stronger for the sake of those important to him, and uncover the deep, dark secrets and plots in the vast universe.