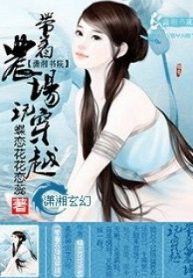 All she was doing was playing QQ Farm, how did she end up waking up somewhere foreign? A straw house in the countryside? No food at home? Dad was severely injured? Mom was weak? A bunch of siblings?Eh? QQ Farm transmigrated with her? She could farm? She could raise farm animals? What? All the chickens, ducks, and rabbits she raised in the dimension are spiritual animals? Not only could QQ dimension level up, but it could also collect all vicious animals in the world and turn her into the strongest summoner! Merchants pounding on their door? Gentlemen visiting? Special guests showing up? The appearance of a mysterious sect? Her folks’ family arriving? All the troubles brought about by the spiritual animals! Well, cross that bridge when we come to it. Fake it till you make it. Let’s see how Cheng Xiao Xiao utilizes the dimension and have fun in a foreign land! Matchmaker at the door? Get out, couldn’t you see I got farms to plow? This novel is in the same genre as the Twilight graphic novel.