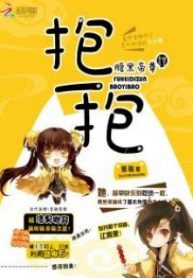 The Two–Faced Venerate Emperor novel is a popular visual novel covering Action, Adult, and Drama genres. She – a glutton without troubles or worries who crossed over and became a young fat chick with a deep vengefulness. Him – a young master of the number one power; a two-faced man with elegance and charming, good looks; he is the chosen one of the former saint god and a man who will only bend his back for her alone. This domineering crossover’s slogan is, ‘Don’t touch if it is this sister’s, put it there if it isn’t this sister’s!’…watch how the Domineering Glutton and the Two-Faced Venerate Emperor create sparks as they meet and collide, stirring the whole Spirit Treasure Continent into turmoil, how they fall for each other and how they kill each other, how life and death sever love.

World Reformation Activities of the Dark God — Loving Humans So Much, I Reincarnated in One —

Rebirth of the Strongest Female Emperor