The Reader and Protagonist Definitely Have to Be in True Love 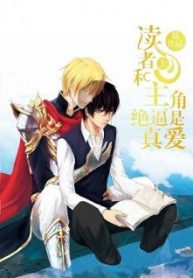 An internet troll who wanted attention, the reader criticized his favorite web novel, saying: “The protagonist is dumb and the author is stupid.”Author: “… Got it.”Unfortunately for him, the author actually listened to his (troll) feedback. The formerly lighthearted tale of a cute harem master suddenly became super dark and edgy. The reader could only helplessly look on as the protagonist was abused and betrayed, finally embarking on the road to becoming completely evil. Everything was a mess! After that, the reader transmigrated into a strange world. How come the person in front of him looks like the protagonist (evil undead version)? Just what is going on?! This novel is different from the little women novel because this novel is a BL novel.