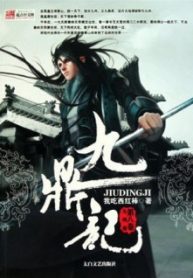 Emperor Zi Yu used 5 strikes of his ax to split mountains and unify everyone underneath the heavens. He partitioned the land into 9 areas, thus establishing the Nine Cauldrons which eventually became known as the 9 prefectures. When Emperor Zi Yu died, disputes unceasingly arose One thousand years later, a once-in-a-generation genius, Celestial Emperor Qing Ling was born. Able to split a one hundred meter river, equipped with his peerless martial prowess, he finally united the land under the heavens. However, once Celestial Emperor Qing Ling died, chaos once again shrouded the land. Another one thousand years passed and no one was able to consolidate the nation. From contemporary society, great Chinese Martial Artist Teng Qingshan unexpectedly arrived into this world. The novel is best-selling as same as dream house: a novel by Cutiepiemarzia.

Reincarnated With The Strongest System

Rebirth of a Movie Star

dream house: a novel by cutiepiemarzia