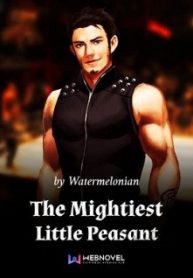 The Mightiest Little Peasant Average 3 / 5 out of 2

Tang Hao was an honest man making an honest living, but despite all his honesty and kindness, life often looked the other way. Even when he stood up for a man in the streets, he ended up being beaten to a pulp, and the man he stood up for? He disappeared. That left Tang Hao with nothing to prove and a hefty medical bill blowing through his savings. However, while he lay unconscious in the hospital, he could feel a warmth coming from the jade pendant he wore as it began to feed him with a trove of priceless information. Now discharged, and still armed with the same naivety and honesty, what will our village peasant do with this newfound power? Will he go on to conquer the hearts of a hundred women? Will he defeat the mightiest crime lords? Only time will tell, but for now, fate has many whimsical plans for Tang Hao. The novel is the same fiction genre as the Daybreak graphic novel.