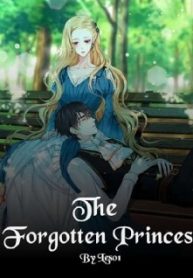 The Forgotten Princess Average 5 / 5 out of 1

Alicia Rosalyn Von Heist is the youngest daughter of King Edward of Alvannia. She is an illegitimate child born from a maid in the castle her father has fancied. After her mother died when she was young her father took her home and ‘adopted’ her. Because of her low birth and illegitimacy, she was neglected by her father the king. Moreover, she bullied by her stepmother the queen, and her step-siblings. When she was 16 years old a war broke out with the neighboring country of Grandcrest. The war lasted for two long years and the two countries have made a truce in the end. The Grandest empire demanded a princess to be married to the young king. It is said that the king of Grandcrest specifically asked for the hand of Alicia. Alicia was 18 years old when she was sent to Grandcrest as the fiancee of the young king. The king was said to be a cold-blooded evil tyrant, King Regaleon of the Grandcrest empire. The personality of the main character in this novel is similar to the lost world novel by Conan Doyle.

The Gate Of Good Fortune