The Favored Son of Heaven 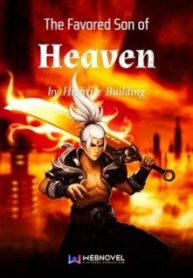 Qin Fen had once been abandoned and broken until, one day, he picked up a liquid metal ball that turned his life upside down. This is the interplanetary era where Classical and Modern Wushu are competing. Classical Wushu enables followers to grow as powerful as dragons and elephants. Whereas Modern Wushu enables followers to freeze monsters or even extinguish erupting volcanoes. Qin Fen steps onto the stage of both Classical and Modern Wushu while belonging to neither. With the exquisite combination of both Classical Wushu and modern technology, he will pave the way to become a legend. He is one of a kind, a favored son of heaven.

The content of this novel is adapted from Marble Lines novel games.

Law of the Devil

My Father in Law is Lu Bu