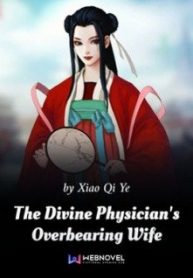 To help readers have a deeper acknowledge about what definition novel, The Divine Physician’s Overbearing Wife is a novel that you can read and find the answer to. This novel is about Feng Ruqing as a spoiled princess with a hideous face in Liu Yun Kingdom. She used to ride a horse to despise anyone who got in her way, backed by her father, the emperor who loved her with all his heart. Not only did she force the prime minister’s son to marry her by breaking the existing couple’s love, but her mother-in-law also fainted because of her. In the end, she ended her own life after the pain and humiliation of being blamed. When she opened her eyes again, she was no longer the bashful, meek princess like she used to be. * * * There is a rumor that the summoned beast has become a servant in the princess’s manor and the princess is devouring precious spiritual food every day. Rumor has it that the prime minister’s son begging for reconciliation after divorcing the princess was expelled from the princess’s manor. Rumor has it that several handsome young owners who visited the princess’s manor in hopes of being her servants were almost killed by the government official. Rumor has it that the seductive healer is looking for the princess eagerly because he wants to keep her responsible for sleeping with him.