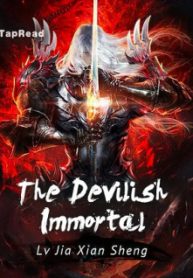 The Devilish Immortal Average 3 / 5 out of 1

Lyu Liang was an ordinary young man who was supposed to live a mortal life with his father in a small village. However, a wonderful opportunity led him into the Virtual Land where he learned about his unusual origin and started his dual cultivation journey—to be a Devilish Immortal. There were six races in this world: immortals, humans, devils, demons, ghosts, and spirits. Lyu Liang had access to any of those realms. Whether he would be a great Devilish Immortal was not up to his race, but his will. For him, it was not important to be the most powerful immortal and to be worshiped like God. He eventually chose to live a secluded life with his lover. The plot of this novel is similar to the Umbrella Academy graphic novel. But they differ in genre and manner.

Lord of All Realms

Witcher: I Can Extract Everything