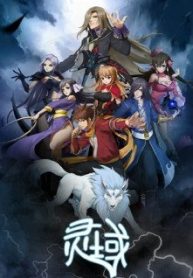 Thirty thousand years ago, the Heaven Fighting Race who called themselves “Gods” invaded the Spirit Realm. Hundreds of races rose up in resistance but ultimately suffered a crushing defeat. And then, the Human Race was the first to concede, and the rest of the Hundred Races soon followed in succession. During the subsequent ten thousand years, all of the races were enslaved by the Heaven Fighting Race. They were cruelly treated and lived beneath the shadow of terror. The Heaven Fighting Race’s march of conquest did not stop there. With the Spirit Realm as the starting point, they invaded other secret dimensions, and spread war to all corners of existence. After greatly exhausting their combat strength, they were finally defeated by the Hundred Races who took advantage of this opportunity. With no other choice, they fled to the starry skies outside the realm. The novel is updated on the Box novel, you can get on this site and enjoy this novel.

Return of the Female Knight