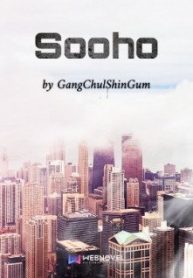 In a world where money and power trumps all, Ahn Soo Ho, A.K.A. Magician, uses his superhuman abilities and his knowledge of the intelligence world to climb to the very top of the totem pole. Due to his intimidating stature and cold personality, most would assume he’s doing it out of greed, but what many don’t know is that he has three weaknesses: His mother, his little sister, and his top star girlfriend, Jang Seol Hyun. Join Ahn Soo Ho on an adventure through the mercenary, the establishment of his own entertainment company, and a trip around the world as he makes his way to become the richest man of Korea and protects what truly matters to him. The novel is a best-selling as same as The Hitchhiker’s Guide to the Galaxy (novel).

the hitchhiker's guide to the galaxy (novel)