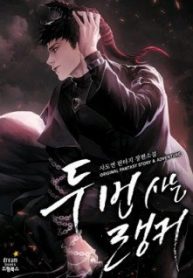 Yeon-woo has a lost twin. His brother’s ashes are scattered across the sea in front of Taejongdae, his brother’s favorite place. Yeon-woo hasn’t heard from him in the past 5 years but is now back with him in a cold vase. The person who discovered the body of his brother pulled out a small box. The man added, “this is what he was holding when the body was found.” In it, his brother is still smiling. They are twins. Be born with identical faces and characteristics, but they are too different. His brother is an exemplary student, but frail and introverted. He loves reading books and watching movies. On the other hand, Yeon-woo is very outgoing. He’s also very good at sports, so he applied to both gymnastics as a major and entered the military academy. One day, a brother’s pocket watch came back in his possession. Inside, he found a hidden diary, which read “By the time you hear this, I guess I’ll die ….” Obelisk, Tower of the Sun God, a one-way world where many universes and dimensions intersect. In this world, his brother became a victim of betrayal when he climbed the tower. After learning the truth, Yeon-woo decides to climb the tower with her brother’s diary. “From now on, I’m Jeong-woo Cha.” There is more insightful information on the following pages; read this manga to find out more about Yeon – woo’s love for his lost brother Jeong-woo Cha.

The Reincarnated Goddess is Fierce