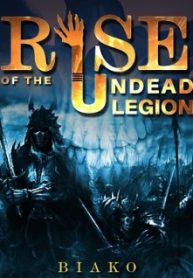 Three years ago Conquest was released, redefining virtual reality and gaming.‘An entire world on a server. Dive in and play the RPG to end all others; explore, create, conquer. LIVE!’It became an overnight phenomenon worldwide. Dave Ruster grew up without a family to speak of, he had few friends and fewer prospects. He lives in the same small town where he graduated from high school and works long hours at a low-paying job that barely pays for rent and the food on his table. He can’t afford college, but at least he is not out on the streets. His life is going nowhere, stuck on a treadmill. Until chance, karma, or providence, call it whatever you believe in, intervenes. Suddenly, David’s circumstances change. Injured and unable to work, he’s about to lose what little he has. His fate balances where crisis and opportunity go hand in hand. He can risk it all, seizing the opportunity to make circumstances work for him, potentially going further and higher than he ever dreamed. Or he can accept his fate and watch life from the sidelines join Dave as he puts all his aspirations and hopes, all that he is, into the game he always wanted to play, Conquest! It will be a journey of adventure and discovery, victory and loss, as he strives to create a new future for himself, in the game and In Real Life. The novel has the same genre as the Dracula novel.

My Cold and Elegant CEO Wife