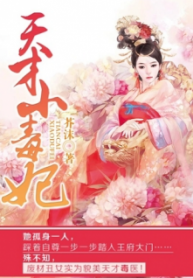 Easily cowed and bullied, she was the useless, ugly woman with no talent in medical skills. Supported by millions, he was Tianning’s most respected duke with the power to move all under Heaven. On their wedding day, the bridal sedan was carried to the front doors, but the Duke of Qin’s gates were shut tight. They told her, ‘Come back tomorrow.’All alone, she walked step-by-step full of pride through the duke’s doors. Little could they imagine, this unattractive good-for-nothing was a beautiful, genius doctor of poisons!—After transmigrating to the past, poisons expert Han Yunxi finds herself on the verge of being married off to the country’s second most powerful man, the Duke of Qin. Her future life seems set–except her husband is an unfeeling ice block, her in-laws think she’s an eyesore, the empress dowager wants to use her for her own goals, and poison-related plots abound. Alone, the intelligent (and sensible) Yunxi must carve her own space from the intricate web of court intrigue and the Jianghu, relying on her words, wits, and wisdom to survive. Adapt when necessary, use force when required; to survive and thrive in the name of the game to a prosperous life.No matter what, she’ll prove her right to live! The plot of this novel is similar to the Watchmen graphic novel. But they differ in genre and manner.

Reborn Little Girl Won’t Give Up