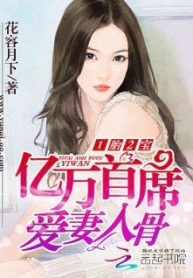 One Birth Two Treasures: The Billionaire’s Sweet Love Average 2.8 / 5 out of 27

For a million worth of contract, she became a surrogate mother. He was the chief executive of the Empire and she was of lowly birth. With her adoptive father’s business falling into crisis, she agrees to his contract. She gave birth to twins: the older brother is healthy, while the younger brother didn’t breathe out. Fulfilling the contract with a huge monetary sum as the reward, she disappeared from his eyes. Six years later – he was still the cold high-profile president, but when she is accidentally imprisoned in the cage of his golden birds he pressured her harder and harder: “Woman, do not think you can escape my hands!”The old-fashioned man: “Mu Yazhe, you’d better leave her alone, this is the child’s mother!” The man becomes frightened, questioning the reason this child’s features bear such resemblance to… This novel was updated in the Novel Planet, you can get on this website and read this novel.

The Days of Being in a Fake Marriage with the CEO