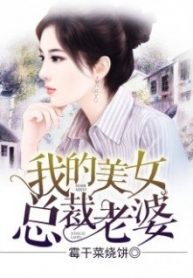 A 23-year-old who graduated from Harvard, representing a generation of conservative youth, flew home to sell fried goat meat in his small homemade stall. He went to a bar looking for a girl to solve his craving and found a beautiful drunk. They had spent a wild night together, and the girl coldly and quietly left in the morning in front of the guy, leaving a small red stain on the bedsheet. After a few days, she forces him to marry her for 2 years under the contract and after the contract expires, he is free to do what he wants. She then revealed to him that she was the chief executive officer of one of the largest corporations in the country. Manga panels for this story are very flexible because the two characters have continuous lines of thought. Can a girl carrying the great responsibility of a giant corporation and carrying her own emotional scar find love and share the one she loves with other beauties? Will a man who has lived to kill his entire life, burdened by Hades, one of the 12 Olympians, can put his responsibility on living with the girl (s) he loves or To improve his divine skills to protect everything he protects from an invisible threat?

The Beautiful Time With You