My Hidden Wife is Sweet 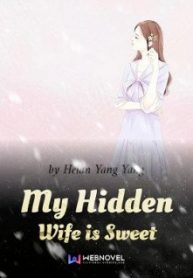 Gu Weiwei, the adopted daughter of the most wealthy and powerful Gu Family in A Land, is seriously injured during an attack. Her best friend, Ling Yan, who has been suffering from heart disease, takes this opportunity to kill Gu Weiwei and snatches her heart for her own transplant surgery. Unexpectedly, however, Gu Weiwei is reborn and became Mu Weiwei, the adopted daughter of the most wealthy and powerful Fu Family in Hua Land and somehow ends up having a one-night-stand with the heir Fu Hanzhong. From that night on, strange things start to happen. Firstly, Fu Hanzheng, who has no interest in any women, especially not in the noisy young Mu Weiwei, suddenly falls for Mu Weiwei—who now has Gu Weiwei’s soul inside. Gu Weiwei decides to take this second chance of life as a precious opportunity to take revenge for both Mu Weiwei and for herself. Subsequently, Gu Weiwei uses her own talents and skills and becomes the most popular and beloved movie star in the entire world using Mu Weiwei’s body and successfully crushes all her enemies. Meanwhile, she gradually develops a lovely relationship with Fu Hanzheng, who is deeply devoted to her and only her. The plot of this novel is the same as the Shield Hero light novel but they differ in genre and approach to the reader.

Lifetime of Bliss And Contentment With You