My Disciple Died Yet Again 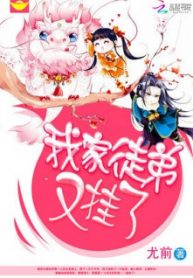 The Revered Master, Yu Yan, known as the number one in the cultivation world, waited for sixteen thousand years, and finally took in a disciple. He taught her carefully and took care of her diligently. He watched her as she slowly grew stronger as she comprehended the laws, and just as she was about to soar into prominence… she died! Hence, he once again took in another disciple, carefully taught her, diligently took care of her, and then… she died again! Thus, he took in another disciple, and not long after… she still died! Yu Yan: …Disciple: …(Why do I always get picked up by the same person every time I reincarnate? Haaaa…)

This novel has action, fantasy genres, more accessible to readers than the thriller genre in the Alex Cross (novel series).

League of Legends: League of Unknowns

Rebirth of the Strongest Female Emperor