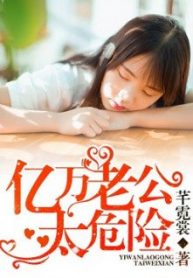 My Dangerous Billionaire Husband Average 3.4 / 5 out of 7

My Dangerous Husband is a popular web novel written by Qian Nishang, in the Contemporary Romance genre. This novel is another version of the re-zero light novel from Japan. The novel tells the story of a girl named Ning Qing who tries to drown her sadness with alcohol after her boyfriend is dating her sister. Ning Qing ran into a rich and powerful Lu Shaoming in a bar, and she began a new life with this man. After the first meeting, Ning Qing saved Lu Shaoming from the group chasing him and he told Ning Qing “I need a wife,” and the two received a marriage certificate. Soon, she became a pop star that captured the hearts of many pretty guys. Just by himself, he has dismissed all of her hidden things and proved innocent. Ninh Thanh snarled, “Luc Thieu Du, what happened when we didn’t talk about each other’s private lives?” Turning off the light, he approached her and whispered, “Now our priority is having a baby.”

The Law of Webnovels

The Queen of Everything