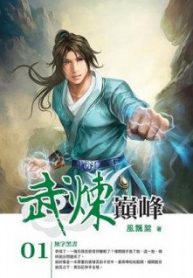 The journey to the martial peak is a lonely, solitary, and long one. In the face of adversity, you must survive and remain unyielding. Only then can you break through and continue on your journey to becoming the strongest. Sky Tower tests its disciples in the harshest ways to prepare them for this journey. One day the lowly sweeper Kai Yang managed to obtain a black book, setting him on the road to the peak of the martial world. Martial Peak is a Chinese fantasy novel with over 5800 chapters that are currently being translated by Divine Dao Library. It was written by the Chinese author Momo. This novel was ranked among the top ten most popular phone novels in China. It topped the June charts in 2014 with about 50 million views and is now one of the most-read webphone novels. It is still not over, and as of July 2015, it was still at the top of the rankings.