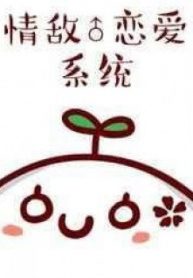 Jiang Yang and Qin Xu both dislike each other. Every time they meet they become filled with hatred. Both have feelings for the school idol but they didn’t expect that the other party was actually a cross-dressing man. In an instant, their world views were shattered. “Bound to the system. I shall assist with building the friendship between you and Qin Xu. Tasks will be released randomly and punishments will be enforced if it is not completed on time.”Jiang Yang scoffed coldly: “What a joke! I’m not doing it!”Later….The system exploded: “I wanted you to become friends but you became lovers instead?! You are the worst hosts I’ve ever had!”Eventually, the system transferred departments —– To the Matchmaking Department.*****Cold on the outside but soft on the inside cheap gong (Qin Xu) X hot-tempered and proud Shou (Jiang Yang)1. Both have systems and due to all kinds of misunderstandings, they ended up becoming bent into a mosquito coil – hilarious high school life.2. The system has a lot of functions to be explored =v=3. The existence of the cross-dressing man is a big BUG. How he managed to hide his identity – only he himself knows. If you do not know What author wrote his last novel in crayon, you will realize this answer in this novel.

what author wrote his last novel in crayon?