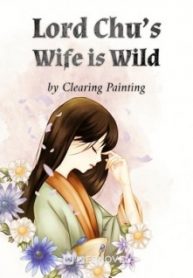 Chu Sihan, the county magistrate of Xuan Yue Country, is an exceptionally handsome prodigy who had risen to fame since he was a child. However, the National Preceptor prophesies that he would not live to the age of thirty, unless he marries the Lu Family’s daughter from Liu Yue Village.Chu Sihan declares, “I’d rather stay single forever than to marry a woman whom I have never met.”Then—Lu Sheng, who is engaged the moment she transmigrates, scoffs. “He must be an old man to be so anxious to marry.”Then, Lord Chu reveals the truth. “Sheng, if you don’t marry me, I’d rather stay single forever.”Lu Sheng, who single-mindedly wants to earn a fortune and fulfil her dream of becoming a billionaire, says, ”Okay, then stay single forever, Lord Chu.”Then—A particular man pins her against the wall coldly, narrows his eyes and asks, “Will you marry me, or not? If you marry me, the entire Chu Mansion and me will be yours. If you don’t… I’ll hang around your house every day.”Lu Sheng, “…”This is a story about an aloof and dark Lord matched with a beautiful, powerful wife who pretends to be innocent.

The plot of the novel is similar to one of the best Romance Stories named When there is nothing left but a love novel. This novel is a modern city as the background of romance novel, the protagonists are Scarlett Stovall and Ashton.

When there is nothing left but a love novel