Letting Loose After Marrying A Tycoon 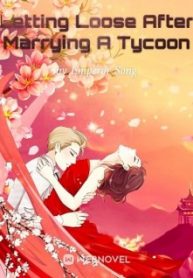 The number one socialite, Song Ci, marries the most handicapped man, Han Zhan! Everyone laughs at Song Ci for being blind and leaving the rich and handsome second son of the Chuan Dong Group to marry a handicapped nobody. Only she knows that soon, this person will become the richest man in Wangdong City. …Song Ci has been reborn in the summer when she was 22. Her sister who was killed by her adoptive father in her last life is still alive, the man who let her down is madly pursuing her, and the man who is out of reach for the entire Wangdong City is still a nobody. In this life, Song Ci will tear the scum with her hands, protect her family, and marry the most beautiful love! One day, a good friend asks Song Ci, “How do you feel after the wedding, how is Brother Han? Is he considerate or not?” Song Ci: “Everything else is good; it’s just a little too big.” Han Zhan, who is eavesdropping is delighted, only to hear his wife grumble. “It’s said that every three years is a generation gap. I’m three generations from him. It’s so difficult to communicate with him. He doesn’t use emoji when chatting…” Infuriated, Han Zhan wears an aggrieved look resembling an emoji. After marrying the older man, Han Zhan, Song Ci drinks rejuvenating tea, wears thermal pants, puts on stockings, and lives a life of no worries. Unlike the adult fantasy genre like high school dxd light novel, this novel has a light romance genre. Readers easily understand the plot and grasp the character’s psychology.