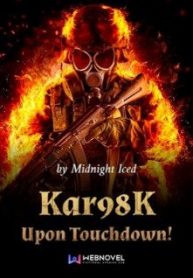 Liu Zilang had a well-kept secret — he was a prodigy in competitive FPS eSports. His specialty? CSGO. He even entered the finals in the prestigious world tournament. Alas, his team fell short due to Liu Zilang’s inexperience. Shattered by the fact, Liu Zilang vanished from the eSports scene. That was until his friends got him to play a new game known as PUBG. Liu Zilang’s life turned around and he began to make his comeback. Follow Liu Zilang as he encounters difficult situations, all while learning to open up as a person, but more importantly as a brother. If you want to read more about the Action type, you must try to read the Storm Cursed, which is a Mercy Thompson novel.

The Man Picked up by the Gods