I Am the God of Games 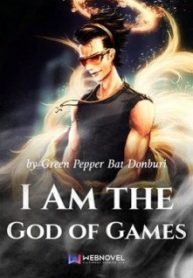 This is the tale of an earthling, who transmigrated as a dying third-rate god but somehow rose through the ranks, gaining followers and eventually causing the Fourth Great Apocalypse.“Have you ever heard of the God of Games?” “The God of Games..?” Eleena shook her head in puzzlement. “I have never heard of Him…” “What if the God of Games could give you the power to defeat your enemies?” Xi Wei coaxed patiently. Eleena remained silent for a while, before resolutely lifting her head and fixing her gaze on Xi Wei. “Then I am willing to become a believer of the God of Games!” “Belief isn’t something to only be spoken by mouth. Close your eyes and envision His name in your mind, and feel His power with your heart,” he said solemnly.“O Master of Games, grant us new life!”

The novel is quite similar to the Purrfect Date – Visual Novel/Dating Simulator.