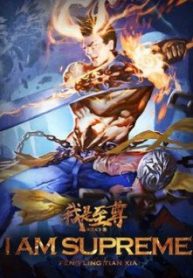 I am SupremeSpread or announce my might in the world, I am the Supreme Medicinal material is poison. Heavenly order has flaws, humanly world has injustice cast aside romance. Let me carry out the execution Spread my might in the world, slaughter injustice of the world blade. Passing judgment for life or death, sentenced by heroes with the blade. Staring at the world with cold eyes, I have no regrets in my life. Yun Yang is the central figure of the Nine Supremes of Yutang, heroes of the world. When the Nine supremes were ambushed and killed at Tianxuan Cliff, Yun Yang was the only one to escape the massacre albeit. The plot of the novel is similar to the Thinner novel.