Hunting for Love for 101 Times 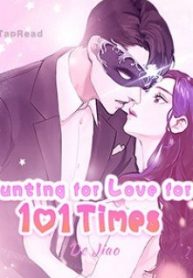 Ye Sichen, a well-known singer with a perfect appearance, is also a father of two kids. In the outside world, he is a charming star who cares about his fans and people in need. At his home, he is a lovely father and also a considerate master. A man with his fortune and statue, what bothers him so much? Xia Nuan, a woman who dreams to be a designer, has to accept the surrogacy invitation to save her mother’s life and pay her sister’s debt. Kind and sweet as she is, what obstacles are waiting for her in the unpredictable future? Will she be courageous enough to face all the challenges? Accidentally, he chooses her to be the nanny of his kids. What would happen between such a worldwide celebrity and an unknown surrogate woman? Is she really the kind of person that he once believed? Just read on and find out. The main point of this novel is similar to That Time I Got Reincarnated as a Slime, vol. 3 (light novel).

World Reformation Activities of the Dark God — Loving Humans So Much, I Reincarnated in One —

Secret Wardrobe Of The Duchess

that time i got reincarnated as a slime vol. 3 (light novel)