His Genius Wife is a Superstar 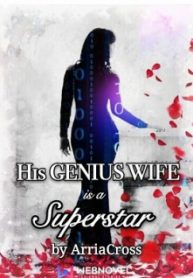 A world-famous hacker and daughter of the most powerful criminal family who ruled the international underworld for many generations is killed when their organization is annihilated in a single night.She is reborn into the body of Iris Long, a teenage pop singer, wild party girl, and spoiled brat. For the former princess of the underworld who lived an overprotected and shackled life, this new life is a chance to finally live the life of freedom and independence that she always wanted.Jin Liwei is the most powerful man in the country’s business world. Cold and ruthless, he is someone only a few dare offend. When the infamous Iris Long, who used to chase his younger brother, wakes up from a year-long coma, his unfeeling heart moves for the first time and he falls hard for this unexpected genius girl.She wants to fly freely and soar high beyond the sky. He wants her everything, to tie her to himself and to never let her go.This is her journey to super stardom. This is his journey in accompanying her. Together, they will rock the world while facing many challenges.But what will happen when she discovers that she can never escape from the shadows of her previous life? Will she still be able to live her dream life of freedom and independence? Will he be able to protect her from the dangers?###Instagram: Arria Cross (@arriacross)HGWS Discord Server:https://discord.gg/cSUhBdz

Sweet Wife in My Arms