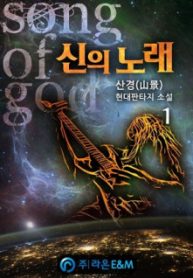 God’s Song novel is a popular light novel covering Comedy, Drama, and Romance genres. Written by the Author San Kyung. This novel is another kind of Re zero light novel. It is said that humans only reveal 5% of their DNA. The person you perceive yourself to be and the person others judge you for is determined by this 5%. No one can know what is in the hidden 95%. Put simply, it would be as if our parents gave us a total of 100 cards when they gave us life – of which only 5 can be used. They don’t know which cards they’ll be handing down, but that’s not the real issue. The bigger problem is that of the 100 random cards, we can’t even choose which of the 5 we get to use. We have to pick them with our eyes closed. Now imagine each of these cards represents a different trait – may be an attractive face, an intelligent mind, a great body, a handicap. A lucky person who might have been fated with a prized card would be able to use it as a weapon to speed through life with considerable ease. And then there are also the ill-fated who end up with a torn or useless card. Maybe all five cards are duds. But that is what we have to use to our advantage or disadvantage until we die. This is a story about a boy, the “cards” he is dealt, and how he uses them to build a music empire.

A Mistaken Marriage Match: Mysteries in the Imperial Harem