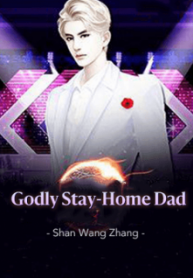 Unlike the fiction genre like the Hyperion novel written by Simmons, this novel has a light action, comedy, romance genre. Readers easily understand the plot and grasp the character’s psychology.

Godly Stay-Home Dad is a serial story written by Shan Wangzhang, whose content is concerned with a cultivated stay-home dad’s life in the city. Hero Zhang Han was frustrated in life originally, but he stepped into the Cultivation World with a stroke of luck. Possessing divine natural gifts, he ascended into the disaster-crossing period step by step. He had imagined his life would not have any hardships anymore but unfortunately incurred the god thunder since he violated fate. After he woke up, he was surprised to find that he was reborn, going back a few years ago. He found that the world was different from what it used to be after his rebirth and he had a lovely daughter. Zhang Han’s fate thus underwent a huge transformation. In the fast-paced urban life, he opened up a place for his daughter to have fun. Because of his daughter’s enthusiasm for food, he opened a restaurant, which attracted countless diners. His business was booming and money did roll in. In his spare time, he also wrote songs to earn extra income. At the same time, he performed a sweet love story with his daughter’s mother…After his rebirth, he became a godly stay-home dad in the accumulation of experience. “Dote on my daughter and love my daughter” became his life creed. Although a few nasty guys occasionally appeared in his life, they were all beaten off by virtue of his mightiness. Let’s take a look at how this godly stay-home dad lived in the city and how Zhang Han led his happy life.

Married To The Cruel Crown Prince