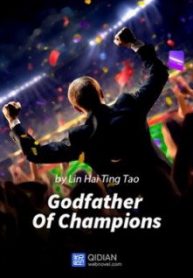 This is a story about the pursuit of victory.— “I subscribe only to the theory of victory. I only pursue victory. As long as I am able to obtain victory, I don’t care if it’s total football or counterattack. What is the ultimate goal of professional soccer? In my opinion, it is victory, and the pinnacle of victory is to become the champions. I am a manager. If I don’t wish to lose my job or be forgotten by the people, there’s only one path for me to take, and that is to lead the team in obtaining victories, in obtaining championship titles!” The main character was not well-liked by people.— “⋯We conducted a survey which had been deemed by Manager Tony Twain as extremely meaningless. In a random street survey conducted, ninety-three percent of those surveyed chose the option ‘I hate Tony Twain’, while only seven percent chose the option ‘This person is rather decent, I like him. It is worth noting that nobody chose the option ‘Who is Tony Twain? I don’t know him. Mark, do you know why Manager Twain felt that our survey was very meaningless?” Parker, a reporter from laughed loudly and said when he was being interviewed by BBC. But there were also people who were madly in love with him.

The personality of the main character in this novel has similar to the Wings of Fire graphic novel.