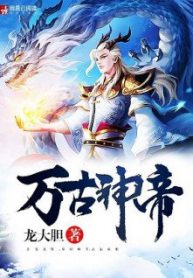 God Emperor is a popular novel which is novel updates written by the author Flying fish, covering REINCARNATION, HAREM, ACTION, Eastern Fantasy genres.  In this light novel, the author  Zhang Ruo Chen was the sole male heir of one of the nine emperors of the Kunlun Field. Ruo Chen’s father was known to all as the “Enlightened Emperor”, however, Ruo Chen didn’t just leech off his status as emperor’s son. He proved himself to be a dragon amongst men, possessing a heaven-defying body, and managing to cultivate to Greater Perfection within the Yellow Horizon Realm, at just the young age of 16. But even though he stood at the summit of the younger generation and had a boundless future, he sadly died at the treacherous hands of his own fiancee at a young age. Reincarnated 800 years later in the body of a young boy who shares his name, he found out his former fiancee already unified Kunlun’s Field and built the First Central Empire, and was now known as Empress Chi Yao… Empress Chi Yao—Her Majesty governed the mortal world and enjoyed prestige in all directions as well as eternal life. Zhang Ruochen stood outside of the Imperial Ancestral Temple, looking at the statue of Empress Chi Yao, and the flames of hatred burned in his heart. “After I practice for 13 years, I shall send the empress to her doom!”