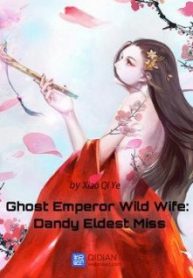 DescriptionYun Luo Feng, Hua Xia Medicial School’s genius, died from an accident and her soul attached to Long Xia mainland’s General family’s useless eldest miss. This waste of an eldest miss not only can’t read or practice martial arts but is big chested, has no brain, is arrogant and self-willed. Since having the crown prince as a perfect fiance isn’t enough, she actually snatched a pretty boy in public, leading to the crown prince annulling the marriage. But she couldn’t stand the annulment and hung herself. Opening her eyes again, she is no longer the previous useless miss. She contracted a God’s puppet and carries a spiritual space. Even His Royal Highness, the crown prince, who previously broke the engagement, came knocking on the door wanting to reconcile. If you feel boring, let’s read the manga.

A Monster Who Levels Up

Lord of the Oasis

After Brushing Face At The Apocalypse’s Boss For 363 Days