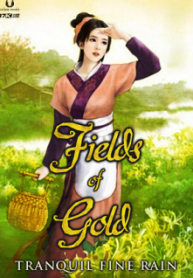 She transmigrated into the body of a little girl from a fishing village! Her father is honest and foolishly filial, while her mother is weak and ill. Moreover, her siblings are still young children. Her father was the best fisher in the village and the breadwinner of the entire family. However, when he got injured and was on the verge of death, her cruel grandparents and uncle kicked her whole family out. They were hungry and cold with nothing but an empty house…But that’s ok! She has a multicolored stone that can accelerate the growth of crops. She was also an expert at preparing braised meat in her previous life. Just watch as she, an eight-year-old girl, challenges the taste buds of people who lived during ancient times. With improved high-yielding crops, she’s going to become the most famous farming expert in the world! The novel has the same genre as the Rebecca novel.

I Am A Prodigy

This Curse Is Just Awesome

Rebirth of an Idle Noblewoman