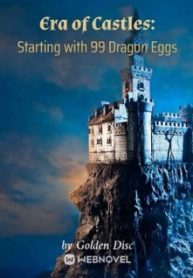 Billions of Humans transmigrated to another dimension, each became a Land Ruler at the start and owned a castle. Each Land Ruler would draw a random starting Soldier-type Building, used to arm their castles. Recruit more soldier-types, plunder resources, and dominate the world! Some drew the Sacred Palace of Knights from the start and commanded troops of knights to crush all obstacles in its way, ruling over vast lands. Some drew the Goblin Cave, developed castle trade, and became renowned dirty profiteers. Of course, more people only drew the most unremarkable soldier-types: Goblins, Lizard Man, Skeleton Soldiers…… These people could only kneel before the powerful Land Rulers and serve them as slaves. But Mike was an exception. His starter soldier-type building was, Dragon Nest! Glacial Dragon, Hellfire Dragon, Undead Dragon, Black Dragon…… When one after another dragon egg appeared before Mike, he suddenly felt that……conquering the World seemed quite manageable?

After reading the novel, You may ask how long is a novel? On average, a printed novel contains about 80,000 words. For some genres, like mystery, the minimum may go as low as 40,000 in the guidelines for some contests, but 60,000 is probably a more marketable length.

The Cry of the Phoenix Which Reached the Ninth Heaven

The Portal of Wonderland

how long is a novel