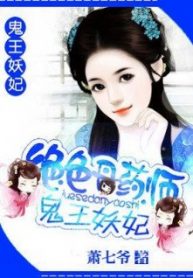 Related SeriesEvil Emperor’s Wild Consort (Shared Universe)Ghost Emperor Wild Wife: Dandy Eldest Miss (Shared Universe) Description the previous owner of Mu Ru Yue’s body had been poisoned. Because of this, her meridians were blocked, hindering her cultivation, which eventually led to her being known as trash. After being beaten to death, Mu Ru Yue, who had originally been a successor to a medicinal aristocratic family in Hua Xia, reincarnated into her new body. Do they want to seal my path? I will train to reach the peak of the realms! They give me a foolish prince as my husband? I can make do with him. It would be easier for me to deal with him, rather than with other candidates who would be thrown at me in the future. I shall strive to become powerful enough that nobody will be able to mock or kill me! Different from the fantasy genre in the V for vendetta graphic novel, this novel has romance, comedy genres.

The Princess Consort Has A Lethal Destiny

Return of the Female Knight