Empire of the Ring 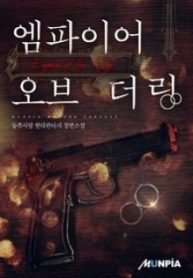 Empire of the Ring is a Korean modern fantasy epic adventure novel that sets in the nations of the Caucasus mountain range which separates Europe and Asia. The nations of the Caucasus are regions of many conflicts over territories, ethnicities, and religions. The story begins as Lee Youngho, a warm-hearted Korean merchandiser takes a business trip to a disputed territory of the Caucasus nations to sell Korean unmanned security systems only to get misconstrued as a spy and caught by the Armenian militia. Youngho eventually gets involved with the militia and CIA to help out people of the regions from conflicts and works toward a birth of a new empire in the Caucasus. This novel is in the same genre as Tales of demons and gods light novel. If you love the fantasy genre, you can choose these 2 novels to read.

The Good for Nothing Seventh Young Lady

I Can Turn into a Fish

The Genius System Without Equal