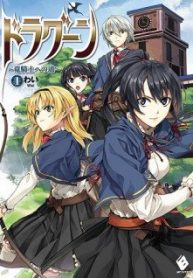 Rudel Arses, the firstborn of one of the ‘Three Lords’ of the Courtois Kingdom, is from a corrupted family, but at 5 years old, he saw a dragon in the sky, and his dark future as a villain changed. He was considered an idiot, but was that true? How would his effort to become a dragoon change the kingdom?
His family and servants don’t care about him, only looking and doting upon the second child, Chlust, and his other sister from the same mother, Erselica. This novel is another kind of Dune novel, this novel is a genre Comedy novel by author Waka.