Beauty and the Bodyguard 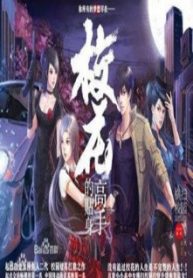 When an S-class elite assassin-raised captain of a special ops suicide squad comes home from a high-stakes Africa mission, he finds himself offered something that could potentially set him up for life- a curious assignment that he could use to finally exit his days of war and slaughter. Then placed into a high-school setting, Lin Yi is tasked by the chairman of a top-tier multi-billion company with bodyguard duty for non-other than his own daughter, a certain little Miss of said high school. His enemies, once ranging from drug lords, mafia bosses, political figures, and national leaders, are soon replaced with spoiled kids who happen to have rich papas and mamas, and Lin Yi finds his intense expertise and high-threat skillset misused, and very underwhelmed…But he does get a harem cast as diverse as his old enemies, so Lin Yi decides that for the sake of messing around with girls as an invincible entity in a down-leveled environment, leaving his bloody and death-filled war days behind is something he’d definitely want to strive for. The details in this novel are modeled from the Randy writes a novel full movie.

So You’re Such A Doctor Song