Battle Through the Heavens 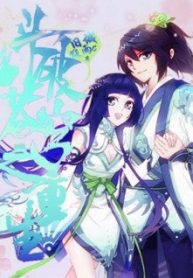 Battle Through the Heavens Average 5 / 5 out of 1

In a land where no magic is present. A land where the strong make the rules and the weak have to obey. A land filled with alluring treasures and beauty, yet also filled with unforeseen danger. Three years ago, Xiao Yan, who had shown talents none had seen in decades, suddenly lost everything. His powers, his reputation, and his promise to his mother. What sorcery has caused him to lose all of his powers? And why has his fiancee suddenly shown up? This novel is like a novel tree because the author describes the character development very attractively and follows a flashback circuit of the character.

The Legend of the Dragon King