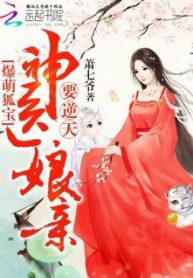 She is a descendant of an Ancient Chinese Aristocratic family. Having just transmigrated into a young lady’s body filled with aphrodisiacs, she had no choice but to pounce at a random man upon arrival. Unexpectedly, not only did she get caught red-handed, but she’s also pregnant with the child before marriage. In the end, the baby she carried for ten months turned out to be a little fox, and it could cry “Mama” once born? Fortunately for her, the child is well-behaved, kind, and caringly protective of his mother. In this world filled with both evil and good, this pair of mother and son will work together to destroy all their adversaries. As for the scumbag relatives who scorned them, they will make them pay dearly with regret in mind. But then one day, baby fox’s father suddenly showed up, not only to steal the child but to steal her too? How can there be such a good thing? This foolish father of his, didn’t even ask for little fox’s opinion? Stabbing his hands to his hip, a certain little fox demands: “You want to be my father? First, pay up then go behind the line. Mother, I think next door’s Uncle Wang is quite rich, you can just become Uncle Wang’s daughter-in-law.” If you do not know the definition of a novel, this novel is the best choice for you. Let’s read and discover it!

The Genius Doctor, My Wife, Is Valiant

The Reader and Protagonist Definitely Have to Be in True Love

The Marriage of an Esteemed Supreme Healer, a Noble Ruler